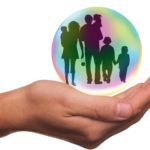 With the July 5th earthquake passing just two weeks ago, we have to start wondering when the next big one will hit. The San Andreas fault line has been relatively calm over the last century, excluding the giant San Francisco earthquake of 1906 and the Northridge earthquake of 1994.

Have we felt big ones recently enough that there’s nothing to worry about?

According to the US Geological Survey it was “concluded that there is a 72 percent probability (or likelihood) of at least one earthquake of magnitude 6.7 or greater striking somewhere in the San Francisco Bay region before 2043” in their 2014-2043 Outlook Report.

Furthermore, we’ll be much safer when this one hits. Since what we’ve learned from the last one, several more regulations have been put into place requiring buildings and structures be more prepared for the day when another tragedy strikes.

So what can we bet on?

Yes, we will certainly experience another big earthquake in the next 30 years, but much less likely in SoCal than up north.

Are you ready to prepare?

Here’s a list of items worth having from the Ready Campaign. Most importantly, it states that you have a good supply of water, food (non-perishable), a radio, and a flashlight.

So how should you make a listen tailored to your needs? The best way is to start by writing one up throughout the next month as you go through your life. Every time you do something, think to yourself… would I need or benefit from this in an earthquake? If yes, add it. If no, forget it. You also want to find solutions that work during an earthquake. For instance, you will need food, but you can’t expect to be eating food that requires refrigeration.

It’s also essential to have a plan. According to earthquake scientist Ann Bostrom to the Guardian, ““Studies show that people tend to not to drop, cover and hold, which is what you’re supposed to do.” You must duck and cover the moment you recognize signs of an earthquake. Knowing exactly where you’ll go if you’re at home, at work, or driving can greatly impact your experience during the aftermath.

Don’t wait before it’s too late!