5 Books to Read While Social Distancing 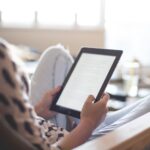 With day after day of being stuck inside the home, we’re all looking for something to do. Now is the perfect time to pick up that book you’ve been wanting to read, or to start a new book to help you get lost in another world. Among this list you will find reads from all sorts of genres and from authors as close as our home town, Calabasas!

Everything I Never Told You by Celeste Ng

A Chinese-American family in small-town Ohio during the 1970s, Marilyn and James never felt entirely comfortable anywhere they went. It was their hopes that Lydia, their middle child, would be able to fulfill the dreams they never were able to. But when Lydia’s body is found dead in the nearby lake, that thin string keeping them together suddenly unraveled, tumbling the Lee family into chaos. This story of secrets and sins, tears and pains, seamlessly tells a story of how mother and daughter, son and father, and husband and wife all struggle to understand each other in ways none of them would have expected. An acclaimed debut novel, this story will put you on an emotional roller coaster from tears, to confusion, to joy, to sorrow.

This book grapples with themes ranging from the social internet, fame, and radicalization. April May is a 23 year-old who one night stumbles across a giant sculpture, Carl. Finding its appearance enticing, April along with her friend Andy take a video with it, upload it to YouTube, and the next morning they wake up and find themselves with a viral video and a new life. Head in the spotlight, April must find a way to deal with the fame, her relationships, her safety, identity, and the dozens of Carls that have popped up around the world. This book is the beginning of Hank Green’s fiction career, and to me it is an absolutely remarkable thing.

They All Fall Down by Roxanne St. Claire

They All Fall Down is a Pretty Little Liars type thriller that will keep your heart racing until the very end. Every year at Vienna High School ten girls get nominated to ‘The List’, a list of the ten hottest girls at school. Not even expected to make the list, Kenzie Summerall somehow finds herself placed at #5. Suddenly her average life is turned into a life full of parties, new friends, and a whole lot of guys suddenly interested in her. In other words, being on the list brings you power. But this year, it also seems to bring death. One by one the girls on the list start to die. Kenzie is #5. Time is running out, and she needs to figure out if this is all coincidence, a curse, or a killer before they all fall down.

The Handmaid’s Tale by Margaret Atwood

If you’re looking for more of a classic, read The Handmaid’s Tale by Margaret Atwood. This book is set in New England in the near future. Alternating between present and past, Offred tells the story of her life in a repressive society where woman can no longer read and are only respected if they are able to produce children. At one point, Offred had her own job, could carry her own name, and had freedom. Now every move she makes, every rule she breaks she risks possibly losing her life. This book acts as a dire warning and shows what can happen when people take things to extremes; a true tour de force to be reckoned with.

Lee Goldberg is a New York Times best-selling author who resides very close by in the hills of Calabasas. Inspired by the real-world grit of Los Angeles crime, Lost Hills follows deputy Eve Ronin in her newfound position of fame after her off-duty arrest of an abusive movie star went viral. Desperate to save the dwindling reputation of the Los Angeles County Sheriff’s Department, the sheriff elects Eve as the youngest female homicide detective in the department’s history. Now it is Eve’s responsibility to live up to the title. When her and her partner arrive at the scene of a blood-splattered home that belong to a missing mother and her two children, no bodies in sight, she realizes this is her chance. She must find the bodies and capture the killer while simultaneously try to deal with her own problems and newfound fame.

The best books to read right now are those that take you outside of your head and help you escape from the coronavirus lockdown. Even though book stores across the country have closed their doors, you can still support small sellers by ordering online, or buying gift cards from places not shipping at the moment. Now go get lost in another world!