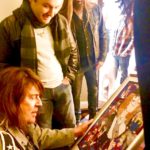 Have you ever wished you could travel all the way back to the 1980’s? The 1980’s was, and still is often considered the coolest decade in music, ushering a rebirth of classic rock and heavy metal. Well, that was definitely the reality for one lucky 21-year-old, Calabasas native named Ara Kevakian. At the last show of Dokken’s 2018 tour on December 17th at The Canyon Club in Santa Clarita, Ara was the fortunate fan who had the opportunity to meet and have a brief conversation with the iconic 80’s rock band’s legendary vocalist, Don Dokken.

Ara had met the band at 2 previous concerts, where they signed a drawing he made for them and snapped a photo with Don and drummer Mick Brown. “The fact that Don took the time to chat with me after an exhausting 2 hour set, when he probably just wanted to go in his car, get to the hotel, and rest for the next show was really gracious of him,” says the excited young fan. Ara has been a fan of the band for little over a year now, despite being raised listening to rock with his parents. If you listen to the way he speaks about Dokken, it’s as if he’s been a fan all of his life.

“What more can you say? Dokken has always been one of the best mid- to late-80’s metal bands, all thanks to their infectious, well-crafted songs, with George Lynch, and Don Dokken, who is one of the most powerful, melodic, and soulful singers in all of heavy metaldom.” Dokken, a band with over 40 million in record sales, vast fanbase, and extensively impressive catalogue of stellar music, is one that has earned great respect and admiration in the rock community over the years, even receiving Grammy and American Music Award nominations in 1989.

The young rock enthusiast, who is a junior animation major at CSUN, says he had his admiration for the band was sealed in stone on the night of the band’s last show of their 2018 tour. Ara explained that he loves to draw, so he wanted to make something nice for Don as a way of saying thank you to him for meeting and talking with him in the past. Ara dedicated a solid 2 or 3 days, and crafted together an 18 x 24 tribute drawing illustrating Don all throughout his career, with him sporting some very memorable and iconic outfits.

Ara originally was going to rely on blind luck, hoping Don would want to talk to him again; however, things changed when he ran into the band’s current guitarist Jon Levin at his local convenience store the day before the concert. Ara was grabbing lunch and recognized Jon, so he walked up to him, shook his hand, and told him that he was a fan. Jon also recognized Ara from one of the previous shows. Ara mentioned that he had something special crafted together that he wanted to give to Don, and Jon told Ara to meet Don and him backstage before the show. What Ara had not realized was he would be getting a once in a lifetime opportunity the next night.

Ara showed up to the concert with his dad, brother, and friend, and went to the backstage area as Jon had instructed. There, seated and relaxing on a small green little couch, was Don Dokken himself. He shook Ara’s hand, said he recognized his face from the Whisky a Go Go. Ara presented the drawing, and Don was in such a state of happy shock. Even Don’s daughter entered the room and could not believe how nice it looked. Don joked that it would take him 2 or 3 weeks to even pick up a pencil and try to draw, and told Ara that he got a kick out of seeing some of his old outfits again. His manager, a lovely and very kind woman, by the name of Jessica Chase, and her very funny husband, the talented guitarist Ira Black, snapped a photo of Ara and Don with the drawing and posted it all over the band’s Facebook, Twitter, and Instagram pages.

Ara ran into Don again after the show and told him that he was going to hang the drawing up on the wall of his newly purchased home, a renovated church mansion in New Mexico. Ara left the concert with a sense of accomplishment, as Don Dokken was the first real celebrity to get a work of my art from him and he thought it was a great way of saying thank you to a legend like that. Once Ara got home and saw they posted the picture, he was left speechless and had to pause before going back into his house after he parked in the driveway.

Ara certainly had the night go exactly as he wanted it to. “The best part of it all was that it shows how much of a class act Don is, and above all else, how much respect the band has for their fanbase. Usually, when a band, especially an 80’s rock one, wants to meet fans, it’s a charged meet-and-greet photo session. Here is this guy on the other hand, taking his own time out of his night of his concert, to meet me, talk to me, and collect a gift from me. That was truly gracious, and I’m most grateful for it,” Ara commented. 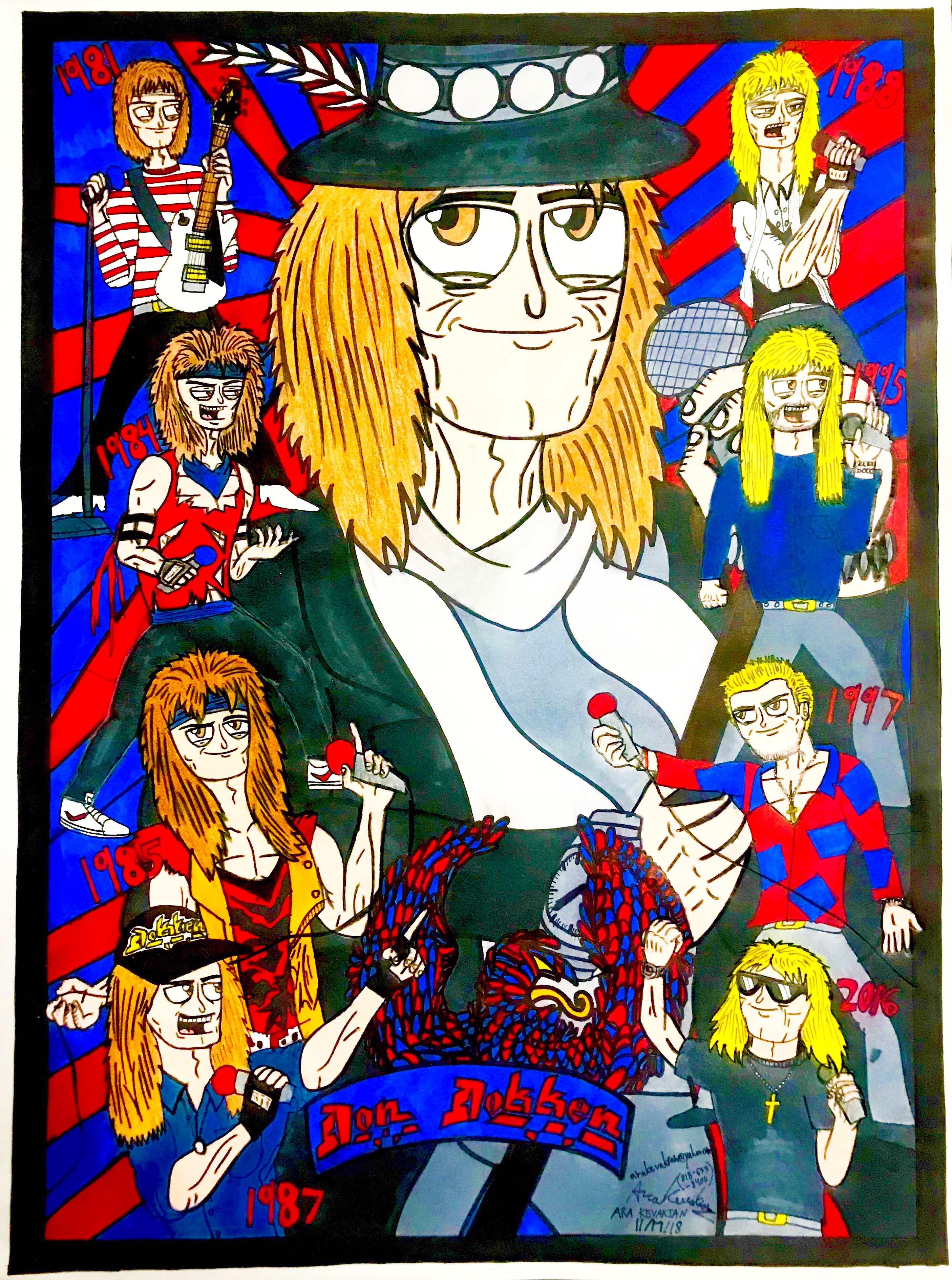